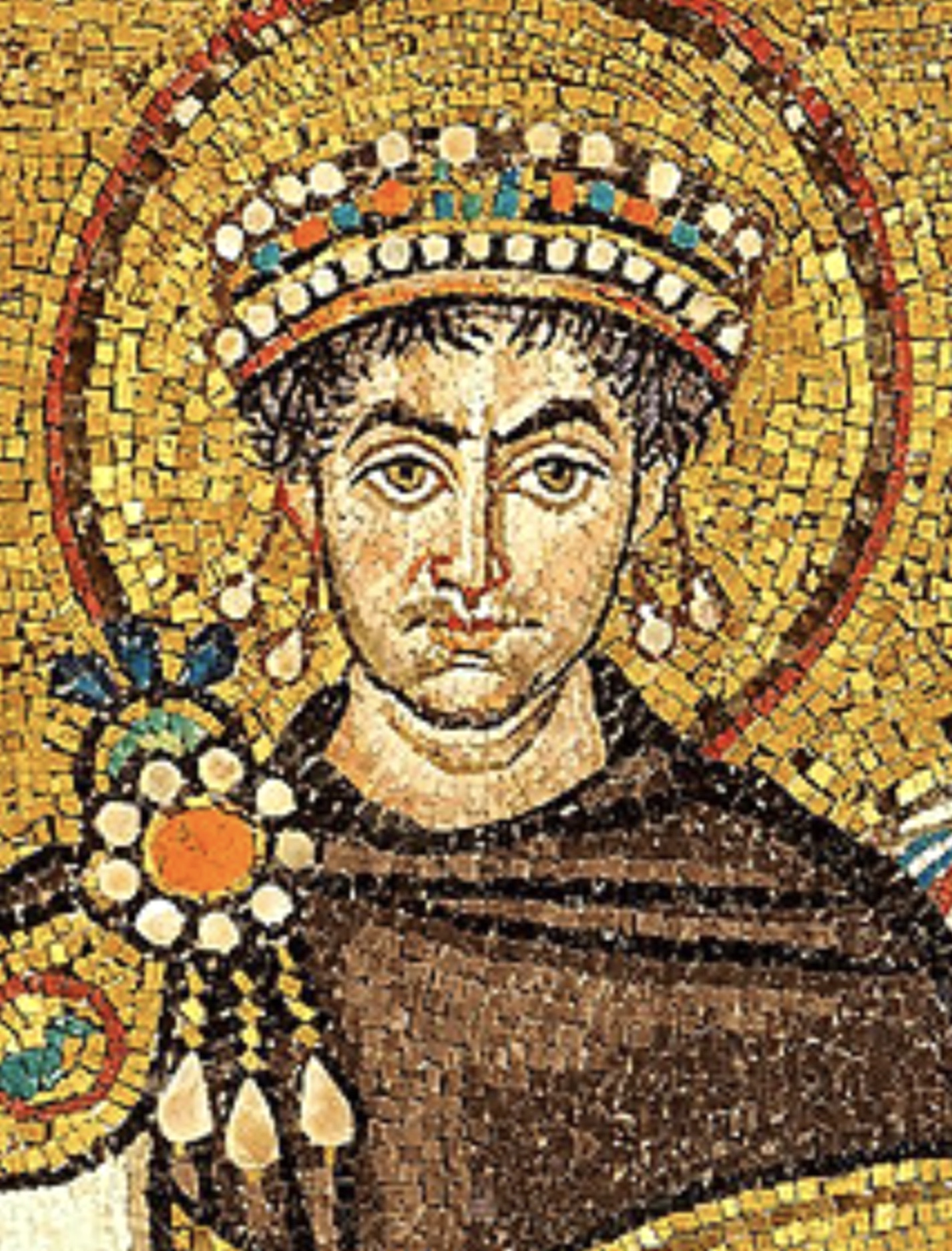 Just before and after the fall of the Roman Empire in the West, Italy was invaded by Visigoths and Ostrogoths, two early Germanic peoples. In 493 the Ostrogoth king Theodoric the Great established the Kingdom of Italy, with capital in Ravenna, and ruled it until his death in 526. His Kingdom was dissolved with the Gothic War against the Eastern Roman Empire, lead by emperor Justinian I, which lasted 10 years and left Italy devastated and unable to resist the invasion by another Germanic people, the Lombards, whom by 751 had conquered most of the Italian peninsula. The bishop of Rome, by then called Pope, had remained under the authority of the Eastern Roman Emperor, until in 756 the Franks came to his help against the Lombards and gave the Papacy legal authority over central Italy, creating the Papal States.

In 774 Charlemagne, king of the Franks, invaded Italy, creating a political division with the South, which was controlled by the Eastern Roman Empire. In the year 800 he was crowned Holy Roman Emperor by the Pope. War with Byzantium ensued, until in 812 the Eastern Emperor finally recognised the existence of two Roman Empires. However, after the death of Charlemagne in 814, the new empire was soon divided.

In 827 the Arabs invaded Sicily creating an Emirate, and even managed to loot Rome in 846. They ruled the island until the Normans took over and established the Kingdom of Sicily in 1130. The kingdom included the whole of southern Italy and would last until the 19th century under various dynasties. The Norman Hauteville family was succeeded by the Hohenstaufen with Frederick II, crowned Holy Roman Emperor in 1220. As such he also ruled over Germany and the rest of Italy, except for the Papal States. In his Divine Comedy, Dante puts him in Hell among the heretics for his supposed paganism.

Between the 12th and 13th centuries, lacking a dominant power, city-states became the prevalent form of government in northern Italy. Some cities enjoyed a favourable position as trading hubs and cultural crossroads, such as the maritime republics of Venice, Genoa, Pisa, and Amalfi. La Serenissima Repubblica di Venezia was a sovereign state and trading power from 697 to 1797, and it is the Banner of Saint Mark, a gold lion on a red field, that Venetian nationalists use as their symbol today. 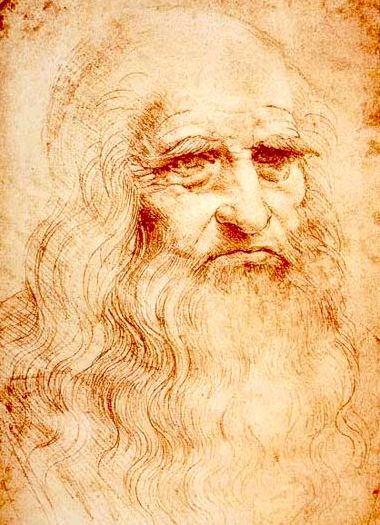 City-states and the courts of their rulers were a favourable environment for the development of new ideas and the promotion of the arts. The Renaissance, Rinascimento in Italian, was born in Florence and spread to other Tuscan cities and then to Rome. It was a rebirth of economy, art, and science after the Black Death wiped out between 30% to 60% of the European population in 1347-1351. Although the view of the Middle Ages as a dark age is now challenged by many scholars, Humanism and the Renaissance were definitely a new chapter in the development of human knowledge, marked by a desire to break free from religious orthodoxy and promote critical thinking through the study of humanities. For several centuries, many outstanding personalities emerged in all fields of knowledge, from literature and painting to philosophy and mathematics, forever changing our understanding of the world and the place of human beings in it. Inventor and polymath Leonardo da Vinci (1452 – 1519), who excelled in all arts and sciences, is emblematic of this vibrant era. Have a look at our guides on Italian Art and Literature for information on Italian Renaissance artists and writers. 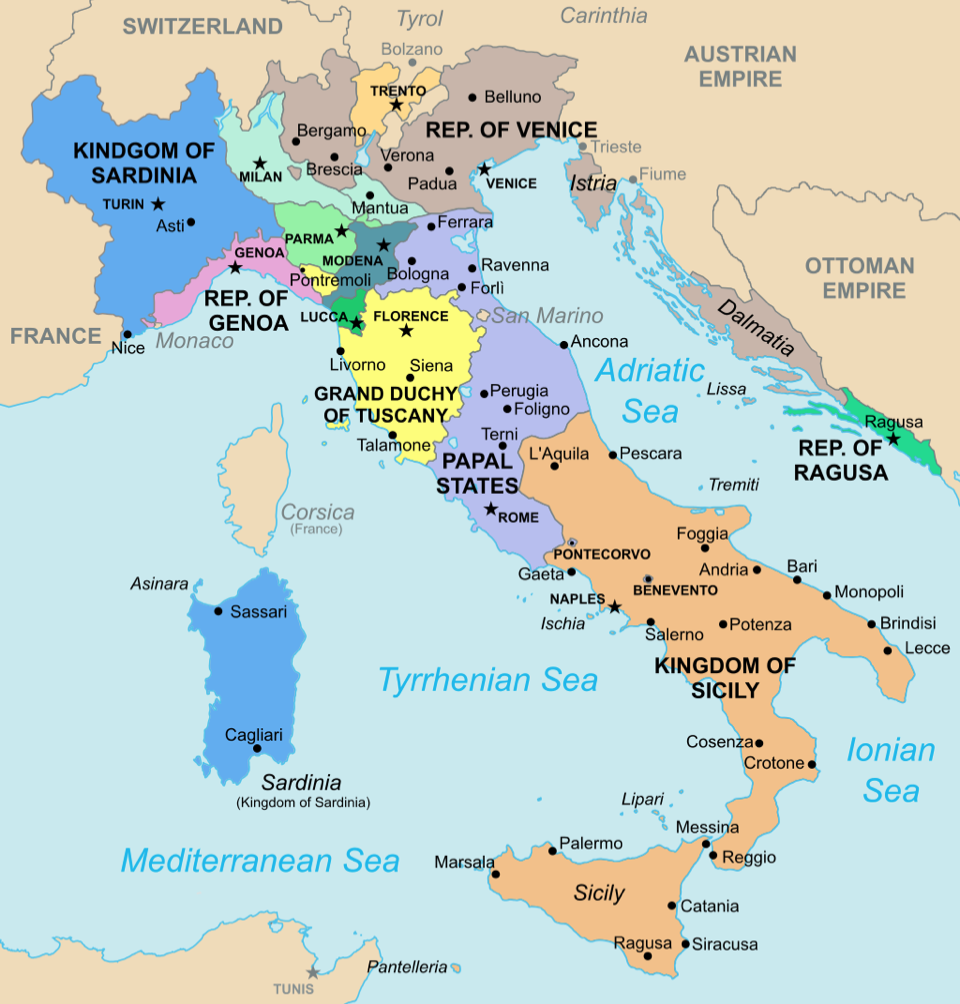 Politically, it was still a period of unrest and incessant warfare. As Dante laments in his Comedy, neither the Papacy nor the Holy Roman Empire were able to bring unity and stability, and Italian city-states were constantly waging war against each other or even within themselves. The invasion of Italy by the French and the so-called Italian Wars, fought between 1494 and 1559, brought further devastation and instability. Through the 17th and 18th centuries, Italy remained under the control of foreign powers, fragmented into separate kingdoms and divided between France, Austria and Spain, until Napoleon conquered most of the Italian peninsula in 1797–99. 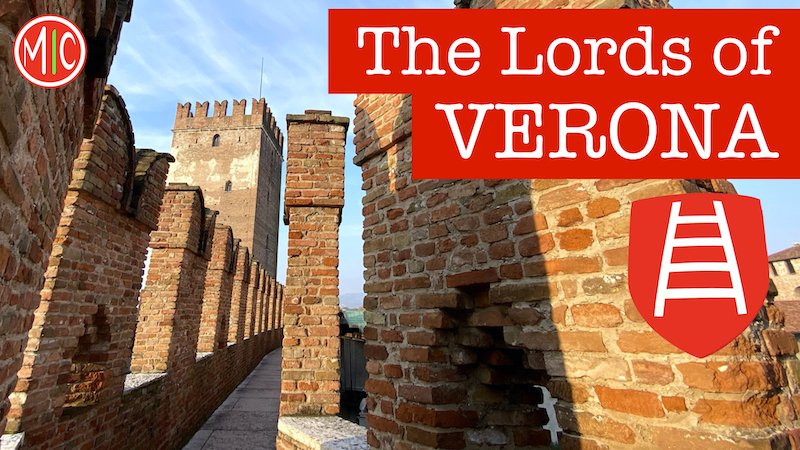 Gli Scaligeri: The Lords of Verona