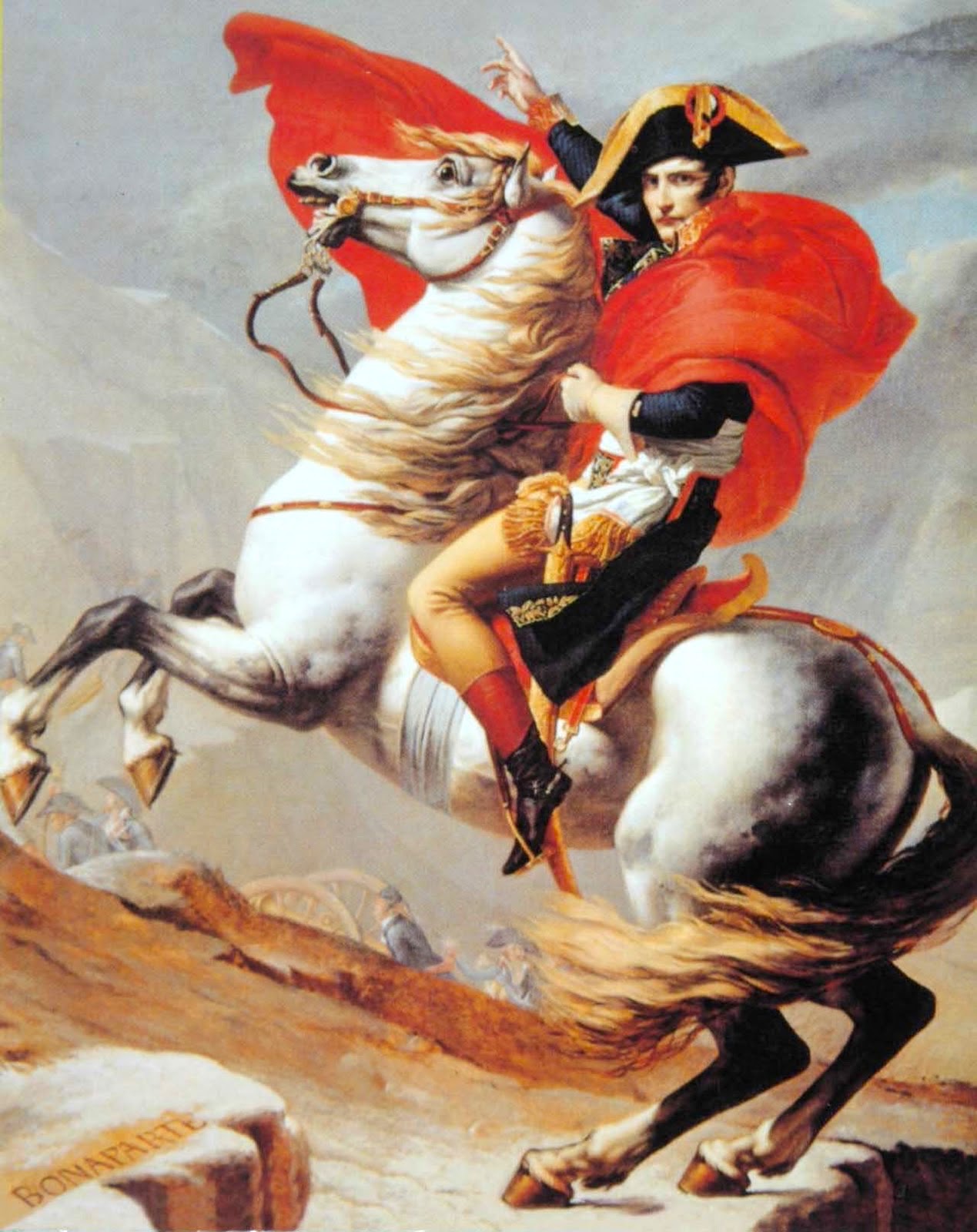 Napoleone Bonaparte (1769 – 1821) was born in Corsica to an Italian family at a time when the island was occupied by French troops. He would go on to become commander of the French army and launch the invasion of Italy in 1796, fighting against the Austrians and conquering most of the northern regions. At first he was seen as a saviour by Italian patriots, but he would soon quench their hopes when he dismantled the French republic and proclaimed himself emperor in 1804. He then engaged in a series of wars of conquest to expand the French Empire throughout Europe and the Mediterranean until his final defeat in Waterloo in 1815. Napoleon’s death in 1821 inspired Alessandro Manzoni’s celebrated poem Il cinque maggio, which includes this famous sentence:

Was this true glory? The high doom
Must be pronounced by times to come… 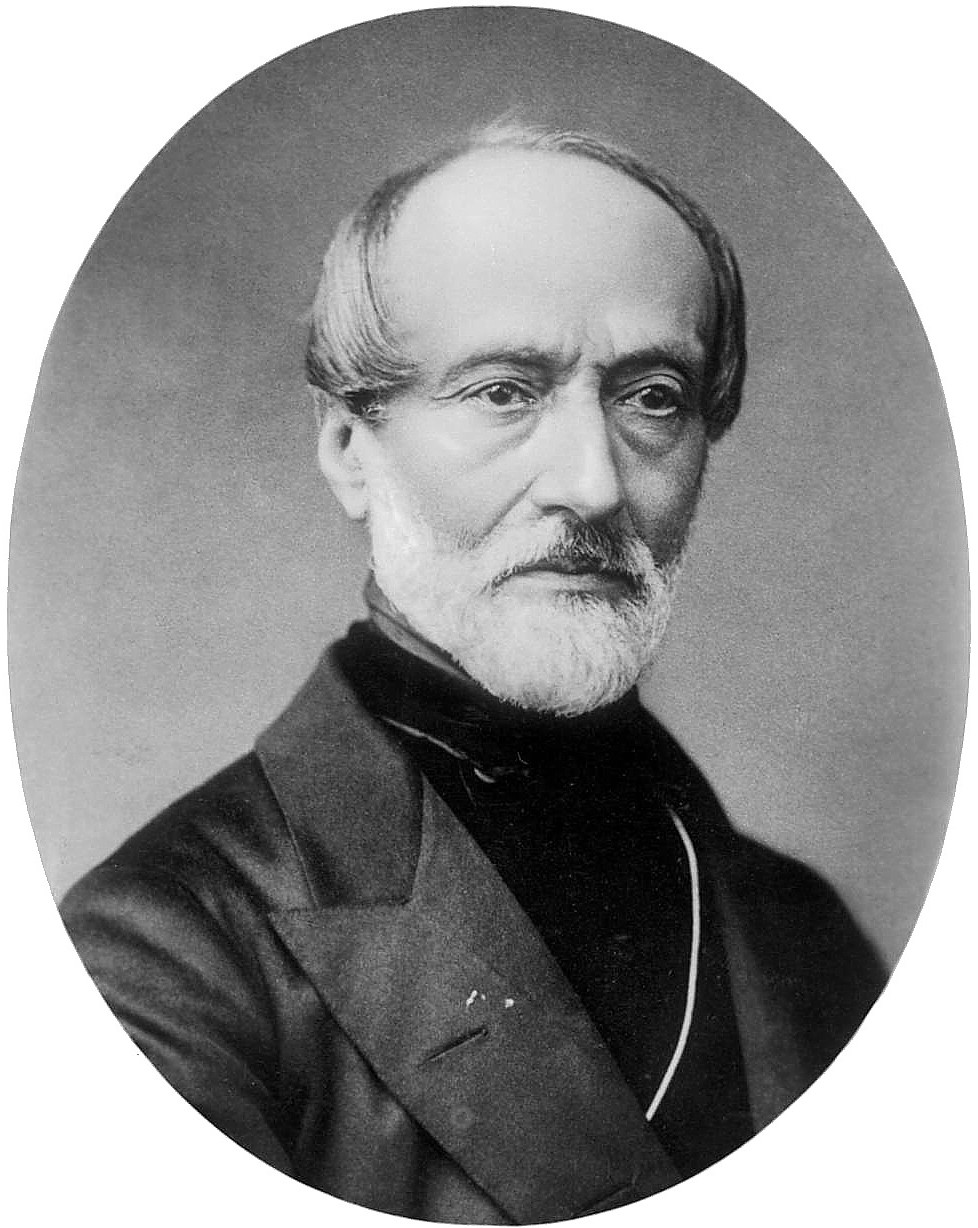 As soon as the Napoleonic age ended, the Italian unification process began. In 1815 the Congress of Vienna had redrawn Europe after the defeat of the French army, basically restoring the previous situation. Most of northern Italy went to Austria, while the Kingdom of the Two Sicilies was formed in the South under Bourbon rule. The Italian nationalistic sentiment grew in reaction to foreign domination, giving rise to an ideological and literary movement called Risorgimento (resurgence). Patriot and revolutionary Giuseppe Mazzini (1805 – 1872), member of the secret society Carboneria and founder of La Giovine Italia, was the predominant figure in this process, along with Giuseppe Garibaldi (1807 – 1882) and Camillo Benso, conte di Cavour (1810 – 1861). All Italian cities have streets named after them and other revolutionaries who contributed to the unification of Italy under king Vittorio Emanuele II di Savoia in 1861. 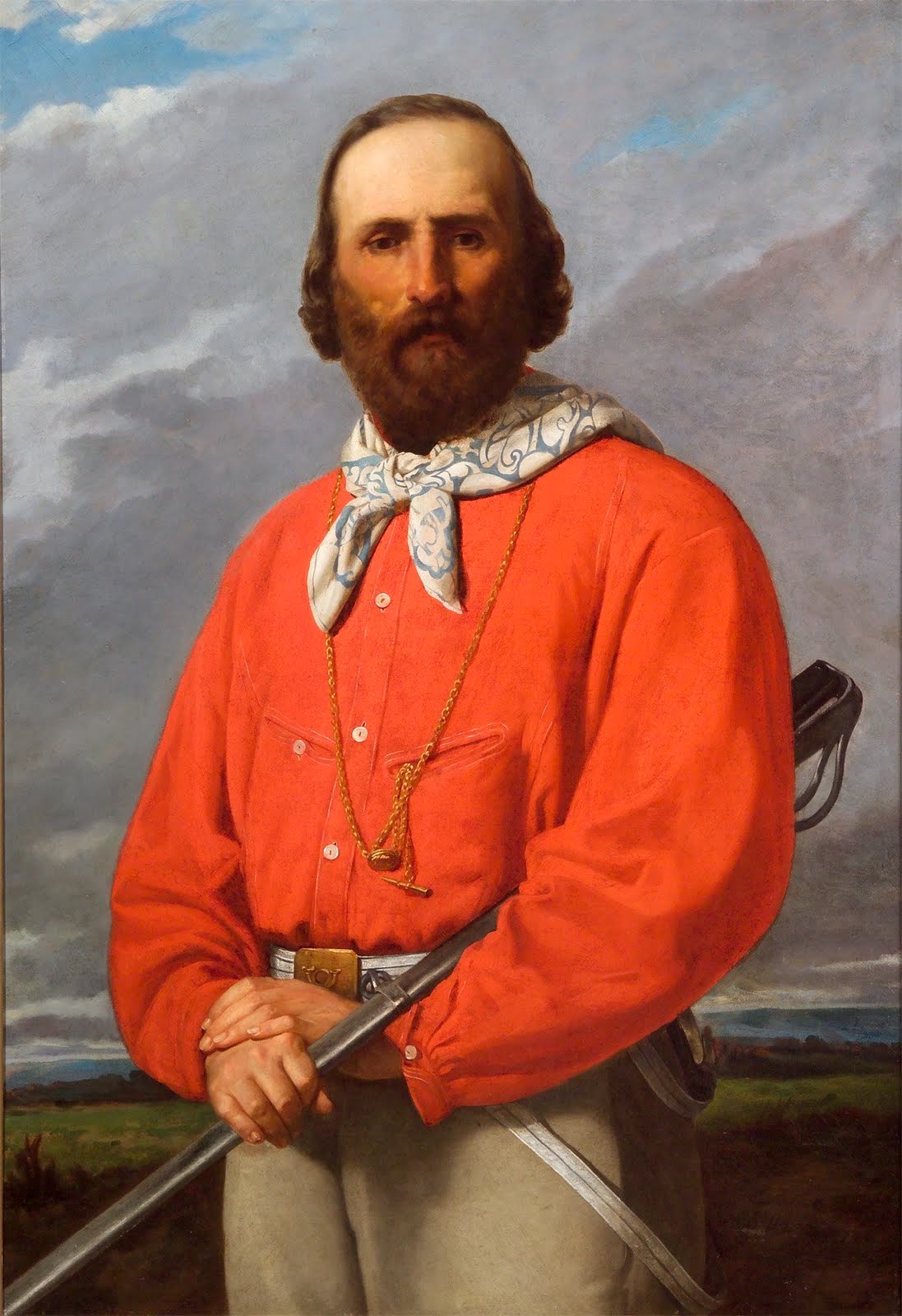 To obtain this result, the Kingdom of Piedmont-Sardinia, ruled by the House of Savoy, fought two wars of independence against the Austrian Empire in 1848 and 1859, respectively. Southern Italy was liberated by Giuseppe Garibaldi and his army of volunteers in the so-called Spedizione dei Mille in 1860, and the process was completed with the annexation of Venice in 1866 and Rome in 1870. In the same year the capital of the new Kingdom of Italy was moved from Florence to Rome as a tribute to its ancient history. The end of the 19th century was marked by dramatic social changes and economic reforms. The industrialisation and modernisation of northern Italy contrasted starkly with the situation in the South, where poverty and overpopulation drove large numbers of people to move abroad. According to some estimates, between 1876 and 1914 about 14 million people left Italy, from all regions, moving mainly to the Americas. 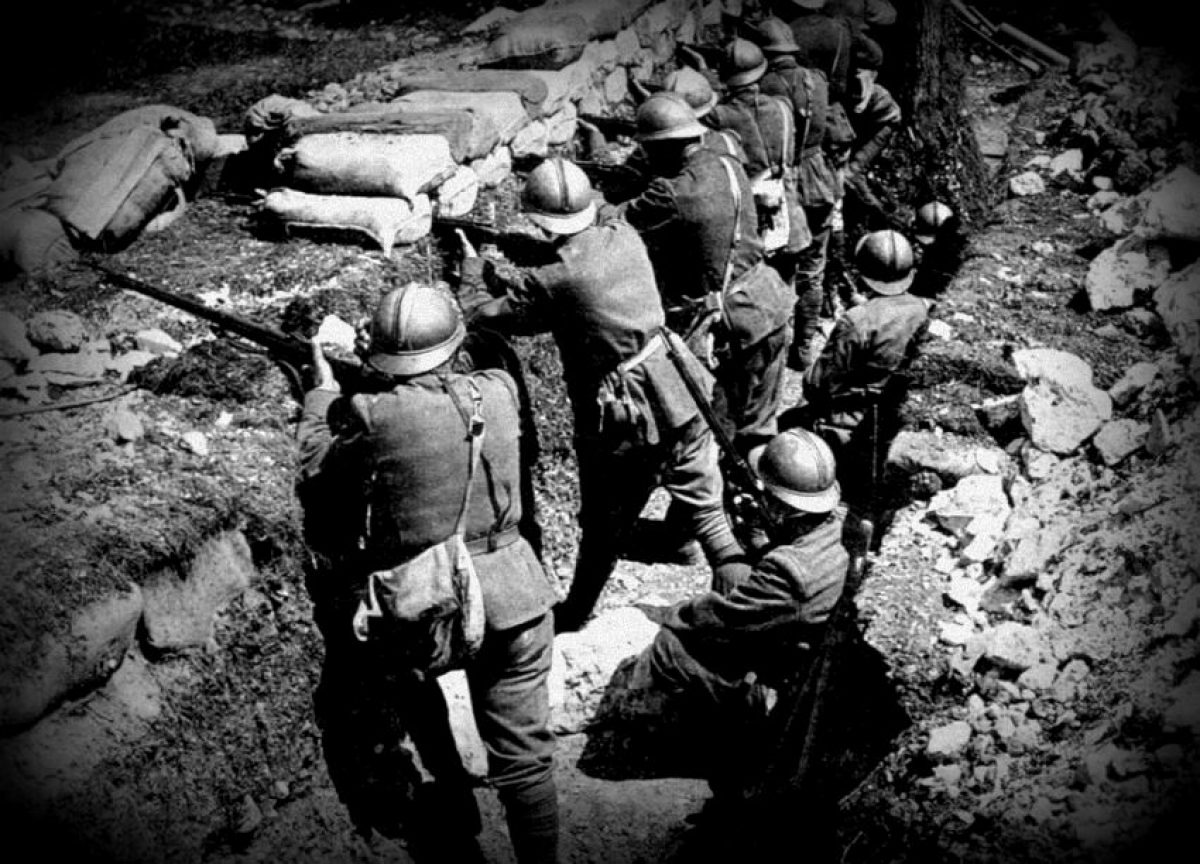 As World War I began in 1914, Italy was part of the Triple Alliance with Germany and Austria-Hungary. The country remained neutral at first, but finally entered the war in spring 1915 against its former allies, having been offered several territories by the Triple Entente (France, Britain, Russia). The Italian army suffered a series of disastrous defeats, culminating in the battle of Caporetto in October 1917, when Austria occupied much of Veneto. General Luigi Cadorna was then replaced by Armando Diaz, who managed to defend the borders and eventually won a decisive victory in Vittorio Veneto in October 1918.

The war was highly unpopular and the huge cost of victory further divided the Italian people from their government. Postwar years were marked by strikes and protests. It was in this climate of unrest and discontent that Benito Mussolini founded the Fascist party in March 1919 and launched actions to destroy his political opponents using paramilitary squads. In October 1922, 25,000 Fascists converged on the capital in the "March on Rome”. In order to avoid civil war, king Vittorio Emanuele III asked Mussolini to become prime minister and form a government. In the following years, the self-proclaimed duce dismantled Italian constitutional safeguards and turned the government into a dictatorship, abolishing elections and killing or imprisoning his opponents. He became increasingly closer to Aldof Hitler’s Nazi regime, and proclaimed anti-Semitic laws (leggi razziali) in 1938. 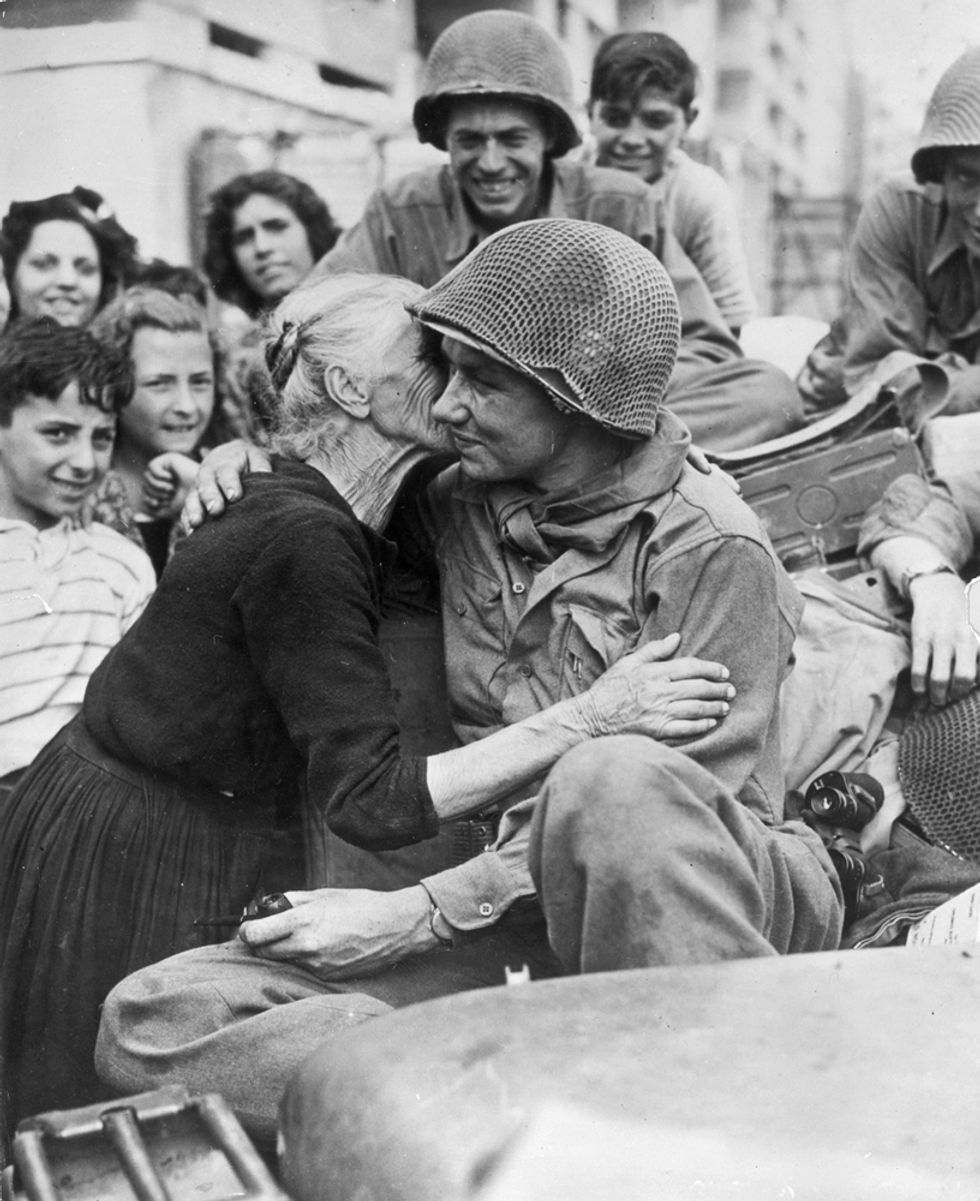 In 1940 Italy joined Germany in World War II. Disastrous military campaigns followed in the Balkans and in northern and eastern Africa. In July 1943 the Allies occupied Sicily and at the end of the month the king dismissed Mussolini, replacing him with Pietro Badoglio, who formed an interim goverment. Mussolini was arrested and the Fascist party was dissolved, but he was rescued by the Germans and in September he managed to form the so-called Repubblica di Salò on Lake Garda. Throughout 1944 the German army fought against Italian partisans, until the liberation of Italy was finally completed by the Allies in April 1945. Mussolini tried to escape to Switzerland, but was captured and shot by partisans.

Italy became a republic in 1946 with a constitutional referendum where 54% of the population – including women, for the first time – voted against the monarchy.