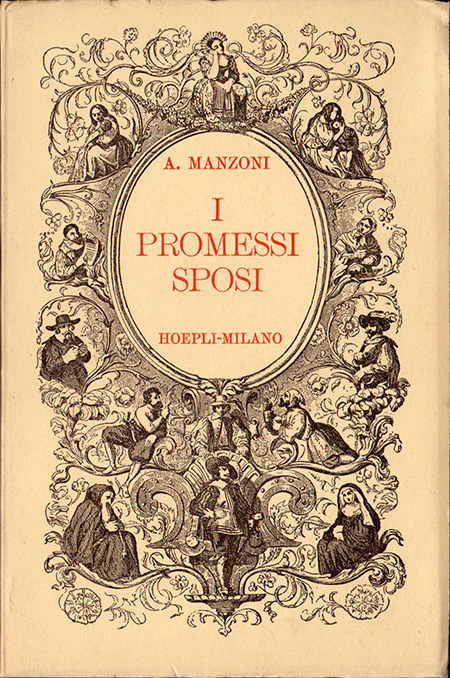 Just like the Trecento is the age of Dante Alighieri, the Ottocento is the century of Alessandro Manzoni (1785 – 1873), whose historical novel I promessi sposi (The Betrothed, 1827) is a major milestone in the development of the Italian language alongside the Divine Comedy. Manzoni was born in Milan, but for the final version of his masterpiece he decided to spend some time in Tuscany, to "rinse his laundry in the river Arno” and clear his language from the excessive influence of his native Lombard dialect.

Italian poetry in the early 19th century was represented by another great author who had a much shorter and more troubled life, Giacomo Leopardi (1798 – 1837). He is notorious among Italian students for his pessimism, but he composed some of the most touching poems ever written, such as L’infinito:

[…] And when I hear
the wind stir in these branches, I begin
comparing that endless stillness with this noise:
and the eternal comes to mind,
and the dead seasons, and the present
living one, and how it sounds.
So my mind sinks in this immensity:
and foundering is sweet in such a sea.

Another poet, Giosuè Carducci (1835 – 1907), was the first Italian to receive the Nobel prize in Literature in 1906. He was an academic who looked back at Greek and Latin classics and strived to express himself in a noble and refined language.

Towards the end of the 19th century a new literary trend emerged that aimed to bring actual life into focus – the naturalist and realist school called Verismo, which also influenced Italian opera. Its main representative was Giovanni Verga (1840 – 1922), who wrote a series of novels and collections of short stories where he depicted the harsh reality of life in his native Sicily. I Malavoglia and Novelle rusticane are among his most popular works and inspired countless theatrical plays and films. Luigi Pirandello (1867 – 1936) was also Sicilian. He wrote novels and short stories inspired by Verismo, but was also a prominent playwright. His most significant work is probably Uno, nessuno e centomila (One, No One and One Hundred Thousand, 1926), where he explores the theme of the masks that others impose on us, and that must be destroyed for us to reveal our true self. He received the Nobel prize in 1934. 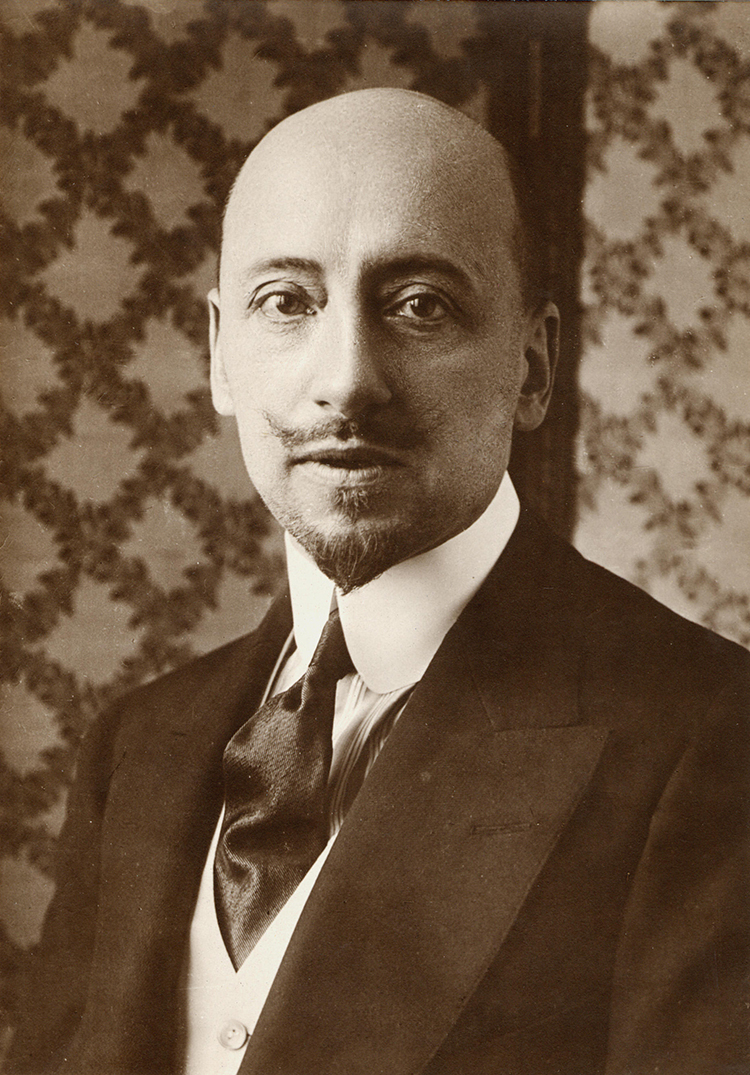 Another trend that emerged between the end of the 19th and the beginning of the 20th century was Decadentism, represented mainly by Giovanni Pascoli (1855 – 1912) and Gabriele D’Annunzio (1863 – 1938). The Decadent movement had originated in France, among les poètes maudits such as Verlaine, Rimbaud and Mallarmé, and had spread throughout Europe as representation and criticism of social decline at the turn of the century. D’Annunzio was not only one of the great national poets (il Vate, like Carducci before him), but also a patriot and politician. Although he was never a member of the Fascist party, he always upheld nationalist ideals and had a close relationship with Benito Mussolini.

The 20th century was dominated by many other great poets who conveyed in their works the traumatic experience of the two World Wars and the bewilderment and anxiety caused by a rapidly changing society, such as so-called hermetic poets Giuseppe Ungaretti (1888 – 1970) and Salvatore Quasimodo (1901 – 1968). The latter received the Nobel Prize in Literature in 1959, while Ungaretti composed one of the shortest poems ever written with his Mattina:

I light up
with immensity

Another Nobel Prize went to poet and translator Eugenio Montale (1896 – 1981) in 1975. In this poem from his collection Ossi di seppia (Cuttlefish Bones, 1925) he expresses his negative view of life and his ideal of divine Indifference:

I often encountered the evil of living:
it was the choked brook that gurgles,
it was the curling of the sun-parched
leaf, it was the horse that collapses.
The good I did not know, beyond the miracle
unfolded by divine Indifference:
it was the statue in the drowsiness
of midday, and the cloud, and the hawk soaring high. 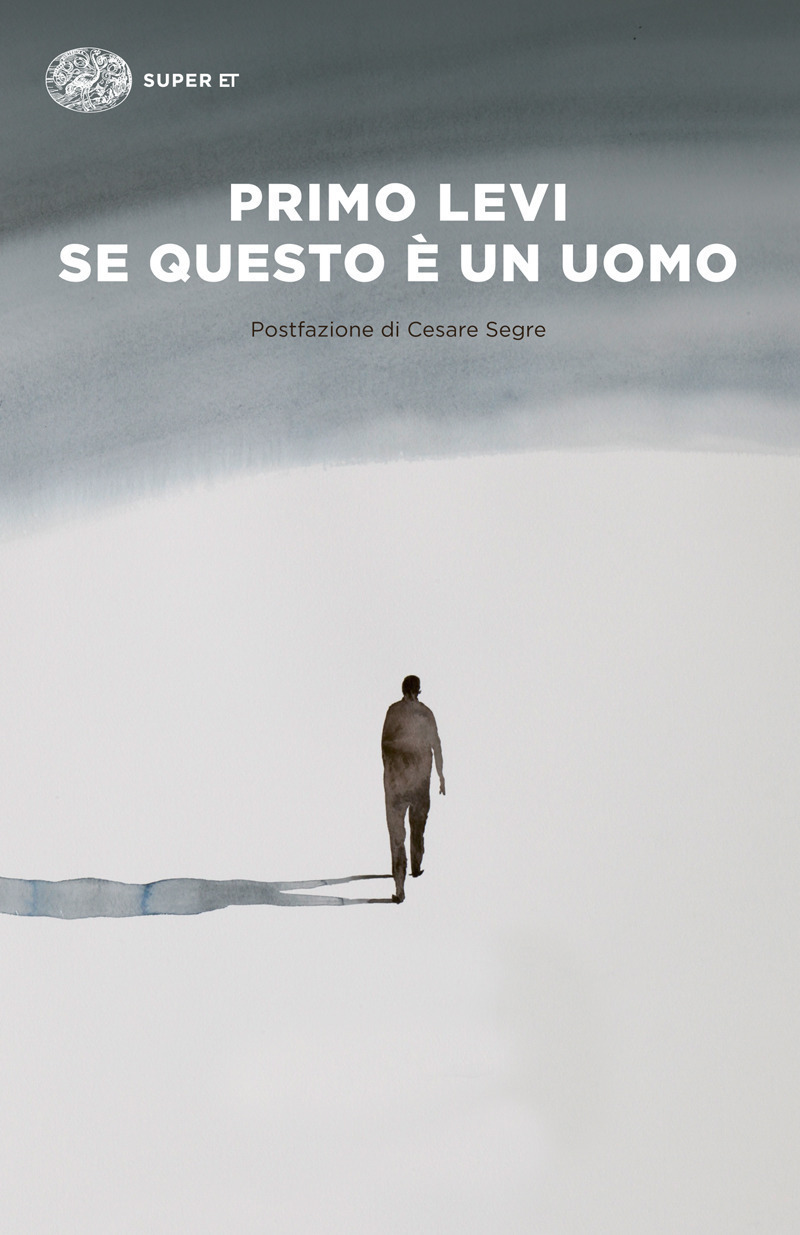 Italian literature after World War II was represented by many other authors who mainly used the novel to describe post-war life and society and their rejection of Fascism. Cesare Pavese (1908 – 1950) explored in his novels the theme of loneliness and the impossibility of going back to life as it was before the war, while Primo Levi (1919 – 1987) described the horrors of Nazi concentration camps in his work Se questo è un uomo (Survival in Auschwitz, 1947). They both took their own life. Italo Calvino (1923 – 1985) started out with realistic descriptions of war and Resistance, but soon moved to fantastic fable-like stories. Alberto Moravia (1907 – 1990) published over thirty novels where he described the moral indifference and the hypocrisy of modern life.

Several women writers emerged in this period, including Natalia Ginzburg, Elsa Morante, and Dacia Maraini. Natalia Ginzburg (1916 – 1991) is known primarily for her semi-biographical novel Lessico famigliare (Family Sayings, 1963), where she describes the life of her Jewish family during Fascism and WWII. Also worth mentioning is poet Alda Merini (1931 – 2009), especially known for her description of life in mental health institutions.

More recently, Italian literature was represented by journalists like Oriana Fallaci and Roberto Saviano and academics such as Umberto Eco (1932 – 2016), whose novel Il nome della rosa (The Name of the Rose, 1980) was adapted into a film by Jean-Jacques Annaud. Finally, Andrea Camilleri (1925 – 2019) gained worldwide recognition thanks to his series of novels about Inspector Montalbano, translated into many languages and made into a very popular TV show.

A special place in our hearts, and on our channel, is devoted to the Father of the Italian language, Dante Alighieri. Read more about his life and works in our special guide.

The 10 most popular literary works in Italian

Giovanni Boccaccio, The Decameron (English translation by Wayne A. Rebhorn, 2013)